We are proud of our history – Money Advice Plus has been running in one guise or another for over 140 years.

1872 – Formation of the Brighton Mendicity Society. This becomes part of the Charity Organisation Society in Brighton

1922 – Around this time, the Charity Organisation Society transforms into the Social Service Centre, part of which was the Family Casework Department

1972 – Brighton Community and Voluntary Service becomes the umbrella organisation for many organisations including the Family Casework Department, which becomes known as Money Advice and Casework Service

1994 – Meanwhile, in Eastbourne, “Direct Debtline” is established offering Telephone Services to meet the growing need for debt advice in the South East.

2009 – Direct Debtline changes its name to Money Advice Plus Services (MAPS). By now MAPS is working across the UK with a range of different social housing partners

2015 – The organisation is re-branded as Money Advice Plus

2016 – Money Advice Plus moves to a new purpose-built office at Tisbury Road, sharing with ESCU & Citizens Advice to form The Brighton & Hove Advice Hub, whilst retaining our second office in Eastbourne. 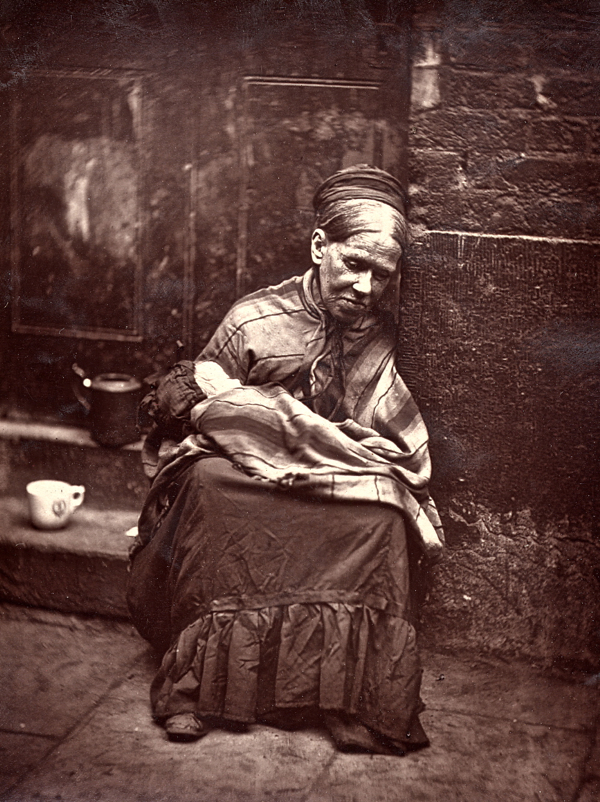 More about our roots

The Poor Law evolved from the 14th century in an attempt to provide state assistance for the poor, and it divided the country into districts to deal with their own poor. In 1869 the Charity Organisation Society was founded in London, and sought to set up offices in each Poor Law district. The Society gave small grants and loans to paupers, but largely set out to refer those in need to charities and organisations offering relief. In 1871, the Charity Organisation Society for Brighton, Hove and Preston (originally called the Mendicity Society) was founded to co-ordinate poor relief in Brighton. Eventually this service evolved to become MACS.

This sign is still visible today, on a building on the corner of Edward Street in Brighton.

Records of the first applications for assistance to the Mendicity Society date back to January 1872. Some of these records have been donated to a historical archive, and can be viewed here. The recorded population of Brighton at that time was 90,013; in England the average annual yearly pay for a labourer was £51.44, for a teacher £97.02 and for a clergyman £293.84.

Events in Brighton that year included the opening of Cardinal Newman School and Convent, the building of Saint Bartholomew’s Church at a cost of £18,000, and the opening of the Aquarium, built at a cost of £130,000. The Aquarium was an instant success and was even visited that year by a special delegation from Japan, whose members had lunch with the mayor and returned home inspired by their visit to Brighton to start a trend in Japan for sea-bathing, hitherto an unknown pastime there.

On a distinctly less fashionable note, the new parish workhouse and infirmary (now Brighton General Hospital) had been completed in 1867. It had initially been built to house 861 people, but was later extended. By 1881, the census gives the population of Brighton as 99,091 and there were 1,043 residents in the workhouse.

People were discouraged from applying for parish relief by the harsh regime of the workhouse. Wearing the workhouse uniform, men were put to work breaking stones and women unravelled tarred rope. One summer outing was allowed, and one at Christmas to the pantomime. Despite a high rate of infant deaths, the conditions at Brighton workhouse infirmary were praised by a commission, which in 1868 had investigated the conditions in workhouse infirmaries in London and elsewhere.

With no welfare state or benefit system for the poor, there was an urgent need to address the effects of poverty. For some people, the workhouse was their last resort, and those in poverty would do all they could to avoid ending up there, for example by applying to the Mendicity Society for assistance. Records of applications to the Society from its beginning still exist, and over 200 were received between January and June 1872 alone. These records reveal just how difficult life was for the poor and destitute, for whom charitable assistance was possibly the only relief.

The first application to the Society, on January 1, was a request from an out-of-work father of four young children, who required assistance to go to hospital and money to buy his wife a basket to hawk fish. The family lived in two rooms at a weekly rent of 3s6d. He was granted two baskets for his wife’s use at a cost of 3 shillings.

Another application in January was from an out-of-work father of five. Again, the family lived in two rented rooms. The children had not been to school for three months, and it was noted that the house was in a destitute state and the children slept on a pile of rags, but were kept clean. The family was granted a shilling for bread.

Applications were made either in person or by referral and the Society’s representative would then make a judgement on whether or not the applicant was deserving of its help. One of the criteria was temperance, another was whether the applicant was already receiving assistance from elsewhere. Over the years, however, the emphasis changed; the causes of poverty began to be addressed, and the notion of the ‘undeserving poor’ gradually diminished until the National Assistance Act of 1948 brought financial support to everyone assessed to be in need. 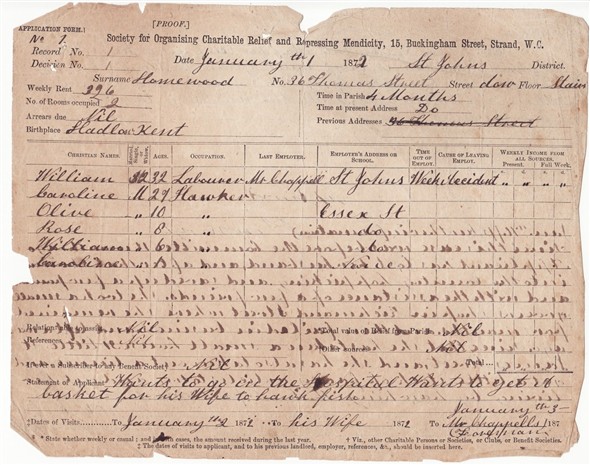